-He talks about his character's original looks from the book


BATTLE OF THE BASTARDS TONIGHT! We should have a watching post <3

It's over! Iggy Azalea and Nick Young break up one year after getting engaged: https://t.co/QGg38V1Kf9pic.twitter.com/Koffsbl1H7

Demi must be devastated she doesn't get to be a bridesmaid anymore...

Every year since The Avengers broke all the records, a dozen click-bait articles announcing the onset of Superhero Movie Fatigue™ show up on trade websites.
Is 2016 the year audience enthusiasm for caped crusaders finally begins to vane? Let's take a look at how the offerings from Marvel, DC, and Fox have performed so far.

Fox reports a final domestic gross of $363m for '@DeadpoolMovie' after 126 days in release: https://t.co/GlLkMCXB7Cpic.twitter.com/BL6me34BF5

Deadpool is the most impressive sucess story of the year.The Merc with a Mouth™ flew by every box-office predictions to become the second most popular SHM of the year. A truly impressive feat for a R-Rated movie starring a little known character. And with a modest $58 million production budget, Deadpool is guaranteed to be one of the most (if not the most) profitable movie of the year.

CAPTAIN AMERICA: CIVIL WAR made an estimated $2.29M this weekend, down 46%, for $401.27M total. #CaptainAmerica#CivilWar

Civil War today became the first movie of 2016 to pass $400 million. While it won't meet the Avengers-sized expectation placed upon it, the Winter Soldier sequel is massively outperforming its precedessesor. [RDJ, ha power!]

NorthAmerican #boxoffice reporting on #BatmanvSuperman is now final. Domestic run finished at $330,360,194. 50% was from opening wknd.

Dawn of Justice finds itself in the awkward position of having grossed a massive amount of money yet still being perceived as disapointment because: a) it cost so damn much that it'll barely break even in the theatre, and b) despite starring the two most iconic superheros in the world, it got beat by Deadpool and won't end up in the top 5 movies of the year, domestically or worldwide.

X-Men Apocalypseis running 30% behind its predecessorX-Men: Days of FuturePastand has dropped out of the top 5 in its 4th week of release. It's not that surprising since the X-Men movie are kind of the red-haired step-children of the Superhero genre. [Even though I enjoy the heck out of them]

#SuicideSquad Looks set to end the summer with a BANG! https://t.co/T1zNf84I9U

Suicide Squad is the movie that everybody, even the hardcore Marvel stans, is looking forward to.The highly anticipated entry to the DCEU, is projected to gross close to $100 million on opening weekend.


About his ideal woman:

"I like strong women. My mother and sisters are very strong women, immensely independent and very capable and that's what I feel comfortable with, my mother places a huge importance on decency and kindness and always has—and the older I get the more I realize how rare that is." His stance on family:

"I believe in the strength and intelligence and sensitivity of women."

He was also an avid supported of the #HeforShe campaign: Presley Gerber and Rafferty Law walked in the #DolceGabbana show in Milan: https://t.co/4KNmr2AMt8pic.twitter.com/oMtwtNQTfl 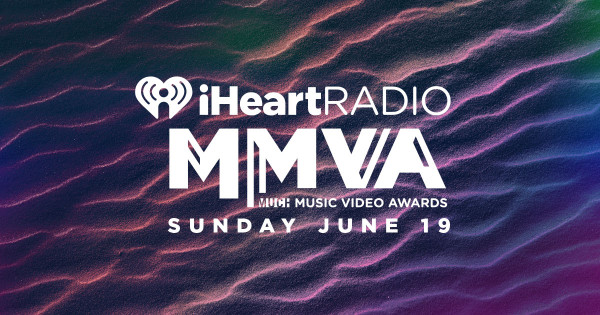 He'll never give you up. Rick Astley hits #1 on the UK charts for the 1st time in 29 years https://t.co/lJMsFAZnQwpic.twitter.com/RlHfjx7Ytw

What other singer from the past you want to have a come back, ONTD?

The rappers are staying in the exclusive Casa De Campo resort in La Romana, Dominican Republic while filming a new video. The resort is a celebrity fave, with stars such as Beyonce & Jay and the Kardashians vacationing there.

Drake also filmed a portion of his 'Started From The Bottom' video in one of the Casa De Campo villas in 2013.

Resorts are so boring.

- Great mistakes from Dylan, Elvis, Zep, the Who and more

- From the 22, in no particular order (because it's a fucking slideshow): Chuck Berry's My Ding-A-Ling, The Grateful Dead's France, Aerosmith's My Fist, Your Face (eh???), and Joni Mitchell's Dancing Clown

- Rolling Stone shows its age and its target group with the most recent disappointment being from 2010, in a sea of the nineties and eighties, because it's not like the 00s and 10s are turd free


Which song from your favourite artist disappoints you most, ONTD?

louist91 Happy Father's Day to every lucky lad out there who's someone's daddy! Thoroughly enjoyed my first :) Love you Freddie son X


Today is Father's Day, and it's Louis Tomlinson's, of One Direction, first as a new father to son Freddie Reign. He took to his IG to celebrate the day despite many Larries assuming he's unhappy in his forced role as the fake father to Freddie.

Apparently Briana's crazy g-ma posted a picture of Liam with a baby that said, "Happy Father's Day to Louis" or some shit like that. Now the Larries are rioting.


Instead of posting a cute IG of her and her famous Dad, Billy Ray Cyrus, Miley Cyrus decided to post a picture of her and her rumored on-again fiance, Liam Hemsworth. Liam sources have repeatedly denied that Liam is engaged at the moment, leading fans and ONTD to speculate that the pair have eloped and they're not reporting they're engaged because THEY ARE ACTUALLY MARRIED.

Could bearing Liam's last name in place of Cyrus on her shirt be another hint that they're already married??

"I'm so possessive so I rock his Roc necklaces", indeed. Bey must have taught ha.

- Tulip questions Cassidy about the basic rules of being a vampire.
----
Synopsis for next week sounds good! Hopefully tonight's ep helped moved the story a bit better?

Anton Yelchin was one of my best friends. Can't say anything that conveys what this feels like

This is unreal. Anton Yelchin is such a talent. Such a huge loss.


Anton was ("was" fucking hell) a brilliant, shining human with a lovely soul. Rest in peace, bud.


Any young actor who wants to see someone doing it for real watch anything Anton Yelchin ever did..... Fabulous actor who will be missed.


Devastated about Anton Yelchin. He was a very sweet kid. My heart goes out to his family


Anton was a sweetheart. Absolutely a great creative partner and artist.


I loved Anton Yelchin so much. He was a true artist - curious, beautiful, courageous. He was a great pal and a great son. I'm in ruins.


Anton Yelchin was a bright, brilliant talent, and a truly kind person. I was so taken by him, and won't ever forget his sweet smile. RIP


our dear friend. our comrade. our anton. one of the most open and intellectually curious people… https://t.co/zgTxXmyrbD


Devastated to hear about the brilliant Anton Yelchin. He was thoughtful, kind, and gifted. My thoughts and prayers are with his family.


I am utterly heartbroken about this terrible news. Anton Yelchin was a gift to this world. My thoughts and prayers are with his family.


Anton Yelchin was a great performer with a bright future. Sincere condolences to his family.

With Pied Piper's future in question, Erlich's publicity success leaves Richard in a moral quandary, just as Dinesh's video-chat app gathers speed. While Laurie prepares to jump ship, Gavin's comeback at Hooli is threatened by his displays of grandeur.

.@taylorswift13 released her first single 10 years ago: These 7 charts explain her stardom https://t.co/2nvPEXtaD2pic.twitter.com/uNyEOKBPuj

What's your favorite (TS) single over the last 10 years?

Kylie Jenner drops an INSANE amount of cash on a casual trip to Sephora: https://t.co/39dQArtiTbpic.twitter.com/nRGxPighcl


Isabella Amara, Jorge Lendeborg Jr., and J.J. Totah were added to the cast, their roles are not disclosed

#WalkingDead stars to appear at charity event for Orlando victims and their families:https://t.co/CjsGcv72yo#TWDpic.twitter.com/dbmO9R2LP6


-James Frazier, who created and runs both Walker Stalker Con and Heroes & Villains Fanfest, is an Orlando native.
-One day event - September 17th
-100% of the profits raised from ticket sales, autographs, professional photo ops, and vendor sales will be donated to the One Orlando Fund.

additional guests will be announced in the coming weeks


Unfortunately only one figure will be made.