FYI: The Agents Of S.H.I.E.L.D. spinoff is not going forward at ABC


THE CATCH WRITER: Jennifer Schuur OTHER EPs: Shondaland’s Shonda Rhimes and Betsy Beers CAST: Mireille Enos (The Killing), Damon Dayoub (NCIS), Bethany Joy Lenz (One Tree Hill), Rose Rollins (The L Word), Jacky Ido, Jay Hayden, Elvy Yost Unbeknownst to her slippery fiancé, a bride-to-be — who investigates fraud for a living — is not all she claims to be. And when the fiancé’s expertly planned con collides with her perfectly constructed lies, they plunge into a dangerous game of cat and mouse. Based on an idea by novelist Kate Atkinson and Helen Gregory.

QUANTICO WRITER: Josh Safran OTHER EPs: The Mark Gordon Company CAST: Aunjanue Ellis (NCIS: Los Angeles), Dougray Scott (Hemlock Grove), Tate Ellington, Priyanka Chopra A group of young FBI recruits, all with specific reasons for joining, battle their way through training at the Quantico base in Virginia. As we intercut between their hidden pasts and their present training, we also flash-forward to the near future, where one of the recruits will turn out to be a sleeper terrorist.


Also ABC has picked up three comedy series: The Muppets, The Real O’Neals and Dr. Ken


Pitch Perfect 2 is "even slicker and sharper" than Pitch Perfect 1, according to this extremely detailed review. http://t.co/PMgEsDp5N1

When Holmes’ former recovery sponsor and friend, Alfredo (Ato Essandoh), disappears, Holmes and Watson retrace his steps as Captain Gregson and Detective Bell lend NYPD’s resources to help find him. As the group races to find him, Holmes wonders if his friend is a victim of foul play, or worse, if he has relapsed into addiction.

Sherlock will also be compelled into a short-term alliance with a dangerous person we've met before. And although Joan stays with the police to work the case from that end, she can't shake the thought that Moriarty (who will only be referenced in the episode, alas!) may have a hand in her troubles yet again.

If you're not familiar with Brantley Gilbert, I don't blame you tbh. He released this song I hate listen to all the time:


ANYWAY, apparently he's got a things for guns and wanted to show the world so he went and got the tattoo pictured above. He captioned the photo on his Instagram:

So BG nation.... I wanted to take my support of the 2nd amendment to another level, so my boy Carl Grace came by the house and hooked me up yesterday!!!

And if you're not familiar with the Second Amendment, do not fear! He also tattooed the text right under the guns. Maybe he should gotten the First Amendment tattooed as well since rednecks and Fox News viewers (who I'm pretty sure make up his fanbase) have no true understanding of what it means (as evidenced by news comment sections everywhere).

I'm sure that headline will get your attention.

So it seems after the cameras stopped rolling, Evanna ("Looney Lovegood") Lynch and Robbie ("James Potter") Jarvis became an item. BuzzFeed notes the two seem to have been together a while, judging by all the Instagrams.

Make your Ravenclaw/Griffendor jokes. I'm at a loss.

This is the trailer for Ufotable's next series God Eater, which will start airing on July 5th. It is an adaption of Bandai Namco's PSP action game God Eater.


The Spring 2015 anime season is already half over. Charapedia polled 10,000 Japanese fans and asked them which anime they're still most excited for. Men voted for My Teenage Romantic Comedy SNAFU the most, while women voted for Gintama the most.

Madhouse's Overlord which will air this summer

Plot: The story begins with Yggdrasil, a popular online game which is quietly shut down one day; however, the protagonist Momonga decides to not log out. Momonga is then transformed into the image of a skeleton as "the most powerful wizard." The world continues to change, with non-player characters (NPCs) begining to feel emotion. Having no parents, friends, or place in society, this ordinary young man Momonga then strives to take over the new world the game has become.

P.S. Did you know that Kakashi's face was revealed in Naruto (in the Official Guestbook) ? lol 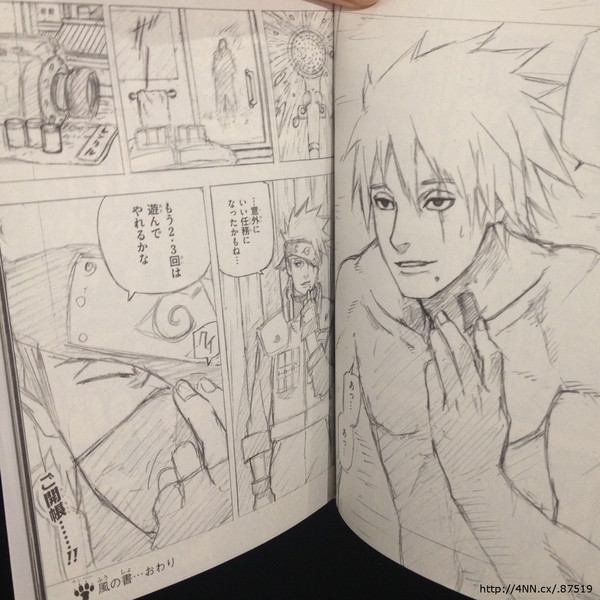 "In the manga included with the guestbook, Naruto, Sakura, and Sasuke are discussing how to best uncover Kakashi's face. The three meet with a photographer named Sukea, who wants to take a picture of Kakashi's face because it would be a scoop. After a failed attempt, the three ninja go home. However, it turns out that the photographer Sukea is actually Kakashi himself in disguise, and he reveals his face in the manga before taking a shower. At the end of the short, Kakashi says he plans to play around with Team 7 a few more times about what might be hiding under his mask."

also rage of bahamut: genesis is getting a second season. general anime post?

filming HOW TO BE SINGLE on May, 05 'China: Through The Looking Glass' Costume Institute Benefit Gala on May, 04 she looks so pretty <3

Wait, did @rihanna really ban @RitaOra from her #MetBall after party? http://t.co/HSrX0HcLZQpic.twitter.com/SH6Dcg0ikk

This is different than the last promo. The first one was mostly flashbacks from earlier seasons, this one is more about the upcoming episode.

‘NEWS’: Mollie King is on the verge of launching the greatest solo career of all time http://t.co/QMlqzxrk8spic.twitter.com/ce6He7tkyc


For the few of us that care, 3 of the Saturdays are planning to launch solo careers this year.
- Mollie is apparently launching 80s/Kylie/Britney sound
- Vanessa is apparently recording R&B music
- Una is apparently trying for an acoustic sound

They still swear they haven't broken up, blah blah blah

source
Are you ready for Mollie to take over? Where would the Kardashians be without Kris Jenner? http://t.co/Kdc08RAWt3pic.twitter.com/qe0f43Fa3T A low-quality Scream Queens poster was leaked today, and we finally get to see Ariana!

It's also the first time Jamie Lee Curtis appears in a poster.

Tennis star Rafa Nadal participated in a Spanish ad campaign for Kia called "El Coche de Nadal" in which he's pulled over for speeding by cops who want his autograph but evades them by disguising himself in various costumes.

Among the costumes are a pilot outfit, a traffic cop, aaaaaand this:


Because culture is a costume, apparently. He has asked attendees to wear something gray "in tribute to all those recently lost in the violence".

He'll likely perform the song he wrote after Freddie Gray's killing. Some lyrics:
Does anybody hear us pray?
4 Michael Brown or Freddie Gray peace is more than the absence of war
Absence of war

R we gonna c another bloody day?
We're tired of cryin'& people dyin'
Let's all take the guns away


"Ever since her short-lived stint as a Super Hero ended in tragedy, Jessica Jones has been rebuilding her personal life and career as a hot-tempered, sardonic, badass private detective in Hell's Kitchen, New York City. Plagued by self-loathing, and a wicked case of PTSD, Jessica battles demons from within and without, using her extraordinary abilities as an unlikely champion for those in need... especially if they're willing to cut her a check."