- music star-fashion icon-actress rita ora appeared on tuesday’s today show to discuss her role in fifty shades darker
- "i play mia grey. i play christian grey’s younger sister, the one that kinda gets away with everything. she’s the one that teases a lot and informs dakota about a lot of things. to be honest, it’s definitely gone up a notch since the first one."
- "it’s everything — it’s intense, it’s steamy, it’s just more emotional… james foley, the new director, is fabulous. we filmed the second and the third one, which is exciting. just being part of this franchise — it’s massive."
- ora also teased new music, cryptically revealing, "i have such a great surprise and i can’t say anything yet!"

will you be watching fifty shades darker this valentine's?

BARRY AND TEAM TRAVEL TO GORILLA CITY AND FACE GRODD – When Jesse Quick (guest star Violett Beane) informs the team that her father (Tom Cavanagh) has been abducted, Barry (Grant Gustin), Caitlin (Danielle Panabaker), Cisco (Carlos Valdes) and Julian (Tom Felton) voyage to Earth-2 on a rescue mission to save Harry from Gorilla City. As they trek through the forest, Barry and the team are immediately captured and brought to Grodd (voiced by David Sobolov). Grodd tells them he needs their help to stop Solovar (voiced by Keith David), the leader of Gorilla City, as Solovar wants to invade Earth-1. Meanwhile, back on Earth-1, Jesse and Kid Flash (Keiynan Lonsdale) hit the streets to stop a metahuman that can control gravity, with H.R. and Joe (Jesse L. Martin) guiding them from S.T.A.R Labs. Dermott Downs directed the episode with story by Andrew Kresiberg and teleplay by Aaron Helbing & David Kob (FLA313). Original airdate 2/21/2017.

ALL FOR ONE — The Legends continue their quest to hunt down the Spear of Destiny before the pieces fall into the hands of the Legion of Doom. The Legends discover that pieces of the Spear are each being guarded in different time periods by members of the JSA. Their first stop is the future where they find Dr. Mid-Nite (guest star Kwesi Ameyaw) which eventually leads them to the past and King Arthur’s Camelot, where Stargirl (guest star Sarah Grey) is protecting her piece of the Spear. In order to protect the Spear shard from the now-evil Rip Hunter (Arthur Darvill), the Legends must join forces with the Knights of the Round Table. Caity Lotz, Franz Drameh, Victor Garber, Brandon Routh, Nick Zano, Dominic Purcell, and Maisie Richardson-Sellers also star. Antonio Negret directed the episode written by Anderson MacKenzie (LEG212). Original airdate 2/21/2017.

1x15 "Jack Pearson's Son" - Kevin stresses about the premiere of his play and receives support from an unexpected source; Randall struggles under the pressure of both his work and ailing father; Rebecca and Jack's Valentine's Day doesn't go as planned; and Toby and Kate learn each other's secrets.

so your phone does work?! we love the replies lolz aka none. #finalfive🖤 https://t.co/uTxvEoKT8Q

lmao this petty drama. ontd do you get mad when your friends don't reply to your texts? do you ever make excuses for not replying to texts?

Have you bought your tickets to John Wick 2, ONTD? It's out Friday!

Legion, based on the Marvel Comics, follows the story of David Haller – a troubled young man who may be more than human. Diagnosed as schizophrenic, David has been in and out of psychiatric wards for years. But after a strange encounter with a fellow patient, he’s confronted with the possibility that he is a mutant with inexplicable powers. Produced by FX Productions and Marvel Television.

---
Series premiere is tomorrow, Feb. 8th on FX @ 10PM =) Anyone else looking forward to this? I love Hawley's work and aesthetic and pretty curious to how he'll bring this comic character/setting to TV.


- Based on Luvvie Ajayi’s debut book I’m Judging You: The Do Better Manual
- Ajayi is also known for her "Scandal" recaps
- Shondaland has been wanting to expand into comedy

Literally like an hour ago Turtle Man invoked Rule 19 on Senator Warren cause she was reading a letter from Coretta Scott King about her opposition to Jeff Sessions (who will be voted on tomorrow). McConnell told Senator Warren to sit down and be quiet. Republicans voted that Senator Warren has "impugned" a Senator, which means she can no longer talk about Jeff Sessions on the Senate floor.

They also confirmed dumbass DeVos for Secretary of Education.

They say she impugned a senator. The words of #CorettaScottKing about the racism of #JeffSessions cannot be spoken on the Senate floor?! 😒

So Mitch McConnell just silenced @elizabethforma who wanted to read Coretta Scott King's letter that is IN the congressional record.

Betsy DeVos confirmed. What is also confirmed is that there is not one single man of courage in the Republican Congress.

The DeVos pledge: If your senator voted YES, you pledge to vote AGAINST them in the next election and to donate to their opponent. Please RT

Diego Luna and former President Vicente Fox will be the guests on Conan's show in Mexico which will air on March 1st. 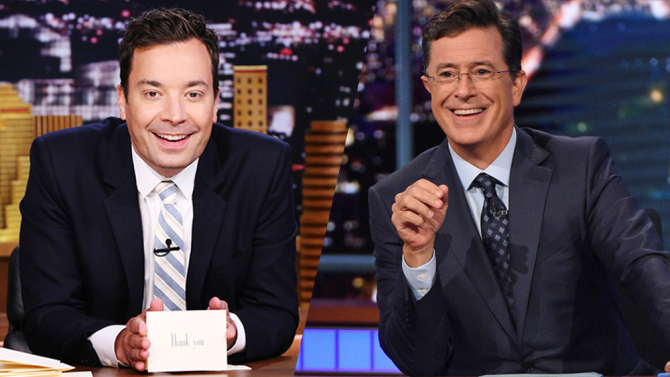 - directed by Chanya Button (Burn, Burn, Burn) from a script by Eileen Atkins based on her own play
- 'Vita & Virginia,' is based on the true story of the love affair and friendship between literary icon Virginia Woolf (played by Green) and author Vita Sackville-West (played by Sackville-West) 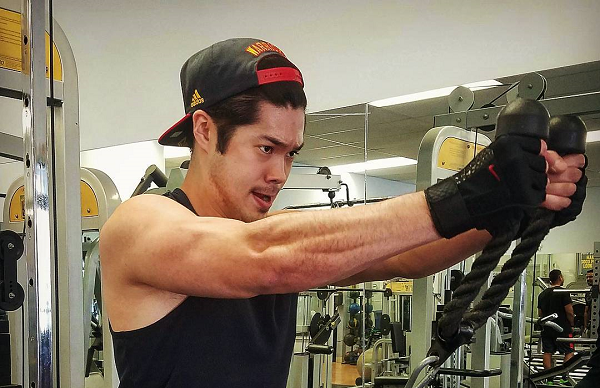 On challenges faced when auditioning at the beginning of his career: "This is something that has been a core of me as an actor, ever since I [became one]. We're a very underrepresented population in Hollywood, but we are the majority population of the world. It's a weird dichotomy that we have here. It's starting to get better and we are starting to see more Asians in roles, but we're not seeing a lot of Asians playing roles [that are] not specifically written for Asians. So when I first started out, I was being sent on auditions for "the geek,""the techie." Let's be honest guys, I don't look like a techie.

"I told my agents, 'Don't send me out for [stereotypical roles].' For a while, I didn't get any auditions, or I'd get very few... But then I started to pick up momentum and started booking roles that weren't [necessarily written for] Asian actors. For K.C. Undercover, my role wasn't written for an Asian actor, and I was the only Asian in the audition room. That's a trend I see today, when I go out for non-Asian roles: I'll be one of the only Asian people in the room, if not the only one."

On recent roles: "When I was a kid, there wasn't an Asian-American Ryan Gosling, or an Asian-American Robert Downey Jr. that you would look up to... Now, [on Riverdale] I play kind of a jerky football player, and on Thirteen Reasons Why I play a nice basketball player who does a bad thing, and on Teen Wolf I played a lacrosse player. Asians can be athletic, we don't have to fit into this image that [the media] has for [us]. Booking these roles that aren't necessarily [for Asian actors] is something I'm proud of and, hopefully, will keep doing."

He also promotes his upcoming Netflix show, Thirteen Reasons Why (based on the Jay Asher novel), which drops March 31. And when asked what dream adaptation he'd like to be in, his answer was Cowboy Bebop (which is his twitter banner) or something with Neil Gaiman.

A newly-discovered, unfinished memoir by Judy Garland's third husband, Sidney Luft, makes the claim that she was groped by some of the male actors who played Munchkins while filming The Wizard of Oz.

Garland was only 16 years old when she filmed the movie. Luft's manuscript alleges “They thought they could get away with anything because they were so small. They would make Judy’s life miserable on set by putting their hands under her dress. The men were 40 or more years old.”

Luft, who was married to Garland from 1952 to 1965 and was the father of two of her three children, died in 2005. His unfinished memoir was discovered last year in his archives and has now been published under the title Judy and I: My Life with Judy Garland.

The book also details Judy's severe drug addiction, battles with depression and repeated suicide attempts, a toxic relationship with her "demon" mother and an abortion Luft claims Judy had in 1951 because they were panicked about what an out-of-wedlock pregnancy would mean for the Broadway show she was about to do in an effort to revive her career after MGM fired her.

Judy Garland died in 1969 of an accidental overdose, just months after marrying her fifth husband.

According to several reports Tyga is being sued yet again. Shockingly, this lawsuit his inability to pay any type of bill. You might remember back in November when Tyga got served at his own birthday party.

Unsurprisingly Tyga hasn't commented on the matter or the fact that the lawsuit literally refers to him as a "minor celebrity known more for his social life than his music".

#TheOA is coming back to @netflix for a second season. https://t.co/6KvypkZitN

Thank Gawd tbh. If that had been the end of the story I would've been so mad; we def need more explanation. Did you like the first season? Have you learned all of The Movements? Isn't Jason Isaacs still sexy af?
Twitter | source