Taking place after alien crafts land around the world, an expert linguist is recruited by the military to determine whether they come in peace or are a threat.

Directed by Denis Villeneuve (Prisoners, Sicario) the film is based on Ted Chiang’s 1998 novella Story of Your Life

Arrival feels like “if you blended a (Stanley) Kubrick and a (Steven) Spielberg movie,” Renner says.

Ostander took issue with the critcal backlash the film has received.

If every superhero film is not The Dark Knight, they’ll bitch,"he wrote. "I think that’s going on here to a certain degree. Just as I came prepared to love the movie, they came prepared to hate it."

Kehlani released the track earlier, and now we get a video. I guess this is the Harley Quinn anthem.
Is PARTYNEXTDOOR Kehlani's Joker, then?

List your fave soundtracks that turned out better than the movie, ONTD.

* the shows are going to air next to each other next season (Tuesdays: Brooklyn Nine-Nine at 8pm | New Girl at 8:30pm)

Melissa Joan Hart teared up on Hollywood Medium With Tyler Henry after he claimed to connect with both her dead grandmother and grandfather.

He said: "She is acknowledging that something happened to her like quickly. I don't know what this is or how to really describe this but she's bringing me to head and referencing everything changing after the head." Clarissa thought this had to do with her grandmother's stroke.

Tyler also claimed that Melissa's grandmother referenced the fact that she did not want to be kept on life support.

Do you believe in these mediums, ONTD?

.@BritneySpears is bangin’ all over her bedroom on the upcoming #Glory track, “Clumsy.” https://t.co/vbx5DkTxeGpic.twitter.com/c2SzItswTU


The track will be released this Wednesday night (Thursday at midnight) according to Popcrush who also gave us a review of the song and described it as the first banger of the album!

My first post on ONTD! So glad its for the queen

.@DylanOBrien has been pictured AGAIN since his accident and he couldn't be looking happier https://t.co/eRG8fFRr8Opic.twitter.com/DbdBW0t11U Close up of his face so you can see that one of his eyes is smaller than the other one now. There were rumors about him fracturing his orbital socket during his accident, and after seeing this picture I think that it was true. Has-been actor and current douche Scott Baio recently sat down with The Hollywood Reporter to discuss his speech at the RNC three weeks ago.

Highlights:
-- Still thinks Trump will win.
-- Muslims are coming into this country to kill us.
-- Truly does not care if he ever works again, because having a country that's recognizable is more important to him.
-- Wonders what Bruce Springsteen, Eva Longoria, and America Ferrera have done lately.
-- Sees Mexicans turning America into Mexico.
-- Thanks God he hasn't seen Erin Moran in years.

The entire interview is a mess.

disneyanimation Lin-Manuel Miranda here, taking over the Instagram for the day! This is my dog Tobillo. #Linstagram #Moana

One Jump Ahead (Reprise) from "Aladdin"

I'll Make a Man Out of You from "Mulan"


Under the Sea from "The Little Mermaid" (ft. Auli'i Cravalho)

Gaston from "Beauty and the Beast" (ft. The Rock)


Out There from "The Hunchback of Notre Dame"

Daughters of Triton from "The Little Mermaid"

"Hunchback of Notre Dame" and "Beauty and the Beast" mashup


We Know the Way from "MOANA" (ft. Auli'i Cravalho and The Rock)

lol he's a textbook extrovert. "we know the way" sounds so perfect. i want it now! :( 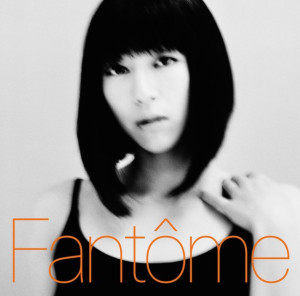 As previously posted, Utada is releasing a new album after being on hiatus for 8.5 years. Her team recently released additional information about the upcoming album including its title, tracklist, cover, and promotional images."Fantôme" features 11 tracks including "Sakura Nagashi", "Hanataba Wo Kimini", and "Manatsu No Tooriame". Album cover and promotional images were shot by French photographer Julien Mignot. Fantôme is scheduled for release on September 28th.
1. Michi (Road)
2. Ore no Kanojo (My girl)
3. Hanataba wo Kimi ni (A boquet for you)
4. Ni-jikan dake no Vacation (Two hour (only) vacation)
5. Ningyo (Doll)
6. Tomodachi (Friend)
7. Manatsu no Tooriame (Midsummer shower)
8. Kouya no Ookami (Wolf in the wilderness)
9. Boukyaku (Forget)
10. Jinsei Saikou no Hi (Life's greatest moment)
11. Sakura Nagashi (Sinking cherry blossoms)

*I haven't studied Japanese in years, so translation of titles may not be completely accurate. 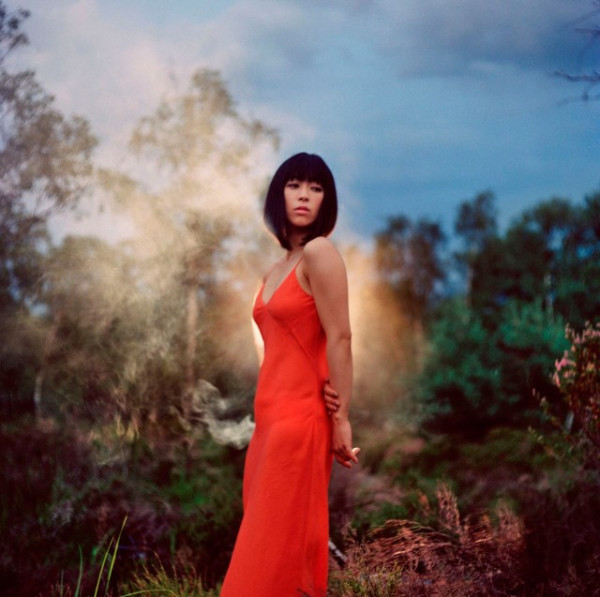 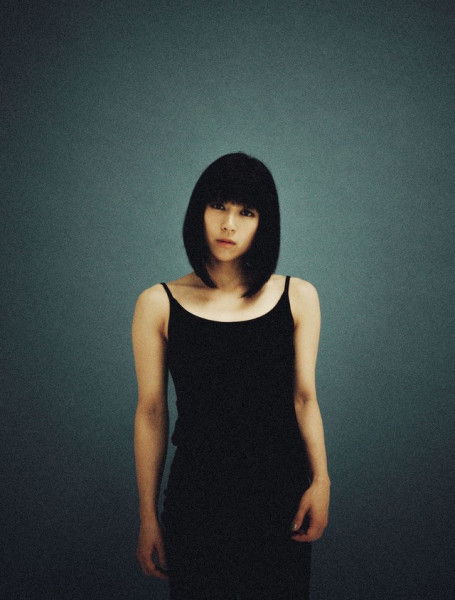 Which celeb deserves a comeback ontd?

In a new interview, the Covergirl was asked to talk about her past statements on wearing makeup for herself and not for the male gaze.

"I think makeup has really taken on a life of its own. It's just not about making yourself 'prettier' or making yourself look 'better.' Honestly, it's an art form; it's fun. I enjoy the process of putting on makeup — to me, it's like a hobby. I think that's what it's become for a lot of people, and it's also become more accessible for everybody. It's not just for women. It's for men, too! It's for everybody. I wear my highlight for myself. I don't think that some guy is going to notice how popping my highlight is. I know my highlight is popping."

When asked on whether she thinks makeup has created a community for people to bond in: "Exactly. I wear it for myself because I feel fabulous. And it's also for my fellow makeup lovers. They come up to me and are like, 'Girl, what did you use?' That's why we do it. It's fun. You start talking to your friends and you start talking to people who share that interest."

Taylor is back in New York and hit the gym this morning.


Later she went out braless in this questionable outfit that may have come from a thrift store.

--Lately Rob has been skipping filming on his and Black Chyna's upcoming reality show in the past month
--Feels KUWTK destroyed his family and is afraid the same will happen with his and Chyna's relationship
--As a result of Rob skipping out on filming, producers are concerned they won't have good enough material to air and the show will end up cancelled like I Am Cait


Fun fact about the couple who got engaged in season 1 & married season 2, Marcus and Lacy- they broke up, and their marriage wasn't legal. Yes, you could still opt to read another biography of a Founding Father.


1. A People's History of the United States by Howard Zinn Let's start with the classic. Zinn wrote this to "tell America's story from the point of view of - and in the words of - America's women, factory workers, African Americans, Native Americans, working poor, and immigrant laborers." It's now widely read in high schools and colleges. (Bonus: it is available for free on the author's website.)

2. Lies My Teacher Told Me by James W. Loewen Its fitting subtitle is: "Everything Your American History Textbook Got Wrong." Another classic, this is both a critique of mainstream American education and an informed retelling of our history. Studs Terkel re-popularized oral history, writing twelve books that collected interviews with thousands of Americans about their jobs, their lives, the wars they fought in, and their experiences of race ... just to name a few of his themes. This is a collection of some of his best interviews.

4. Bury My Heart At Wounded Knee: An Indian History of the American West by Dee Brown Specifically written to tell the Native American story from the perspective of Native Americans, this book has been a classic for more than 30 years. It is sometimes credited with inspiring a new generation of nonfiction about the "victims" rather than the "victors" of American history. It's even been the basis of an award-winning film.

5. I Know Why The Caged Bird Sings by Maya Angelou One of the most widely read (and banned!) American autobiographies, this book reflects more than just one woman's life. This is the story of someone who grew up marginalized by our society in almost every way and became its of the most well-loved storytellers. As she wrote in the titular poem, "The caged bird sings of freedom."

6. Nickel and Dimed: On (Not) Getting By In America by Barbara Ehrenreich In the late 90s, journalist Ehrenreich went undercover to discover the true conditions of the American working class. Her book was termed an 'expose' at the time because it revealed how, for example, how minimum-wage workers employed at Walmart were treated. It became a timeless account of the frustrations and sublimated dreams of whole generations of poor Americans.

7. The Warmth of Other Suns: The Epic Story of America's Great Migration by Isabel Wilkerson Wilkerson is another author who makes use of the oral histories of everyday Americans: in this books, she tells the story of the 20th century migration of African Americans from the south to the north. Poetic, at times personal, and incredibly detailed -- this book will leave you with a greater appreciation for the cultural shifts that occurred because of this migration. Above all, what that meant for millions of ordinary people.

8. The Feminine Mystique by Betty Friedan A feminist classic for more than 50 years, this book documented the specific experiences of American, mostly white, middle-class housewives who were relegated to the "domestic sphere." It's both a window into those women's lives and a powerful statement about how gender is still portrayed in American culture.

9. And the Band Played On: Politics, People, and the AIDS Epidemic by Randy Shilts First published in the late 80s, this is the revised edition of the most widely read, influential nonfiction book about AIDS in America. As the title indicates, it is highly critical of the way the health crisis/pandemic was politicized at the time. It is compelling, frustrating and necessary.

10. Between the World and Me by Ta-Nehisi Coates Already a modern classic, this award-winning narrative is both a personal history and a screen on race in modern America. As Toni Morrison's blurb on the cover summarizes: "This is required reading."

author pic source 1, 2. summaries are my own.
book post! what books would you add to my list?

They do say the best parties happen in the kitchen. Well sometimes… #CBBpic.twitter.com/3WYxTQTKE8

-Housemates are given balloons with the task not to have them popped
-BB sends Marnie and Saira on a secret mission to choose 6 houseguests they want to have dinner with and they have to pop their balloons
-Popping of the balloons causes drama around the house
-Renee/Lewis argue over Lewis being his own person
-Bear uses Frankie to help him demonstrate one of his go to sexual postions and how he enjoys girls to stick a finger on his anus which causes more pleasure and that the women should do it to their men.
-Bear/Chloe appear to have sex in the bathroom They're leaving to pursue other opportunities.

-to be released on September 14th.