Rooney Mara: “I’ve been in films where I’ve found out my male co-star got paid double what I got paid" http://t.co/PRBv5QfRbC

“I’ve been in films where I’ve found out my male co-star got paid double what I got paid, and it’s just a reality of the time that we live in.
To me, it’s frustrating, but at the same time, I’m just grateful to be getting paid at all for what I do.

It’s not fair, but I think about how much teachers are getting paid, or other people who are doing jobs that are so much more important than what I do, and it’s kind of hard to complain about it.

To me, the thing that’s more unfair than the pay is the terminology that’s used to describe actresses who have a point of view, and want to have a voice in their life and their career, and what they choose to do.

I’ve been called horrible things. If a man was acting in the same way that I was acting, it would just be considered normal. To me, that’s the thing I find so frustrating is calling women spoiled brats and bitches. We just want to have a voice in our life, and I don’t think that’s anything that shouldn’t be encouraged in any human.” 
HAVE YOU EVER WALKED OFF A SET IN A TEMPER?
Christopher Nolan: I once tried, but nobody
seemed to notice, so I came back.


George Clooney: No. The reason is because
eventually you have to walk back on, and that
would be too humiliating.

WHAT IS THE MOST COMMON PHRASE YOU USE ON SET?

Cuarón:“Vamonos!” and “Who’s not ready?”

Alexander Payne: To the actors, “Great, now faster.” To the crew members, “If this were easy, I would have hired a relative.”

Fincher:“Shut the fuck up, please.”

WHAT ARE YOUR ON-SET RULES FOR THE CREW, IF ANY?

WHAT’S THE MOST TAKES YOU’VE EVER DONE?

Spielberg: I did 50 takes on Robert Shaw assembling the Greener Gun on Jaws. The shark wasn’t working, so I just kept shooting to make the production report look like we were accomplishing something and to keep cast and crew from going crazy from boredom. It was a strategic indulgence.

Edgar Wright: I don’t think I have ever gone Kubrick crazy. So maybe 20 or so... But it’s usually six or seven takes.

Payne: Never done an explosion, but I have had explosive diarrhea, and that was very, very real. Good thing I have my trailer.

Coppola: I don’t think I’ve ever done any explosions.

WHY DIDN’T YOU JUST BECOME AN ACCOUNTANT?

Spielberg: I could never have been an accountant. I got a D in math.

Bier: Because I’ve never looked at a tax return without immediately losing consciousness.

Michell: Is it too late?

sorry mods, I realized I forgot the source right after I submitted 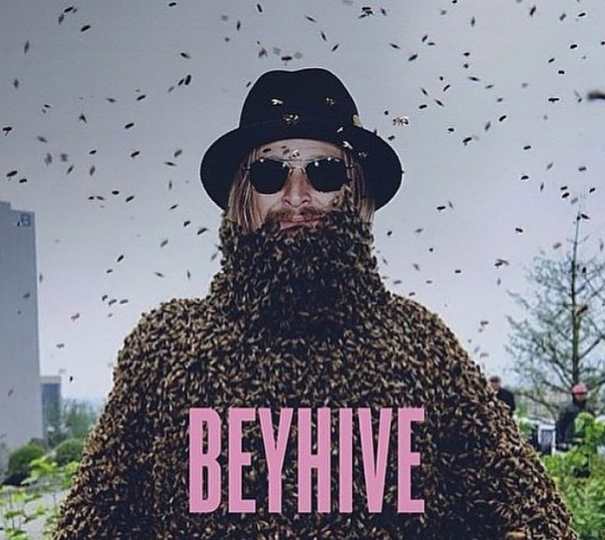 When I was really young I got beat the fuck up for saying Kelly was prettier than Beyoncé… If I could go back I would do it all the same.

In Chance the Rapper's now deleted tweet, he said that he was physically beat up for saying that Kelly was prettier than Bey in the past. The Hive swarmed him today for the tweet, forcing him to delete it.


I'd like to meet the individuals who kicked Chance The Rapper's ass for dissing Bey, shake their hands. True BeyHive 🐝

@chancetherapper you deserved it

@chancetherapper The real shade is that you & others have to mention Beyonce when talking about KELLY. You a dumbass just like the rest.

ONTD, who has the most ruthless fan base besides K-pop fans? I've always been impressed that the worship of Bey goes beyond stans and into the media and general public.

#Confident chanteuse Demi Lovato stepped out for a night on the town to take some photos with her adoring fans. Demi decided to take the art of makeup to new heights, confidently showing off her poorly blended under-eye finishing powder. Demi's fans didn't seem to notice though, as they continued to take selfies with Demi Lovato and her messy makeup. Have you ever suffered a makeup malfunction? -The article says that there is nothing really special about either of them, such as the way they dress

-Because Britney and Lana are so unremarkable, this has made them seem hip & cool to the Midwest

FULL ARTICLE AT THE SOURCE:http://www.popmatters.com/feature/good-christian-bad-girls-britney-spears-and-lana-del-rey/ The NWHL (National Women's Hockey League) is the first paid professional women's hockey league in North America. Its inaugural season started last week on October 11th. The NWHL was only announced in April and has been very ambitious in both its marketing and operations. The NWHL has private investors and has promised (and delivered) salaries and full gear to its players. They have been very present on social media using hashtags such as #HistoryBegins, #HistoryIsNow and #tbt to when playing professional hockey was a dream. It coexists with the CWHL (Canadian Women's Hockey League) which provides some forms of compensation and gear but not a salary. The CWHL's season starts this weekend.They also have one US team in Boston.

Ceremonious or not, it's the first EVER @NWHL_ drop. @DaniRylan@BMFardelmann@NYRiveters@CTWhale_NWHL@jzumi56pic.twitter.com/3bxmG9V4OF They stream all their games for free on youtube. You should watch: http://nwhl.co/cross-ice-pass/

#tbt to when playing professional hockey was just a dream! #HistoryBegins October 11 #nwhlpic.twitter.com/MMVXEUcSqz


#tbt to when playing professional hockey was just a dream! #historybegins#october11th@CTWhale_NWHL@NWHL_pic.twitter.com/ZBv6WFIrQ2


#tbt to when playing professional hockey was just a dream! #HistoryBegins October 11 #NWHL@TheBostonPride@NWHL_pic.twitter.com/15fBJxGMuj

Although the players are being paid this is essentially a part time job to most of the non-national team members. Gabie Figueroa is 23, a project engineer, a real estate agent and a professional hockey player!(10) Jessica Koizumi, who scored the first NWHL goal, is an assistant coach at Yale!(11) Kelley Steadman, who scored the only Beauts goal in their home opener, is Director of Hockey Operations at Robert Morrison University! Steadman is a practice player (non-salaried) as she only wanted / could commit to attend home games.(12)

The NWHL often brings up the lack of sustainable (salaried) options to continue playing hockey after college. All of these women were the best of their college hockey teams and had put in years of discipline only to peak / stop at 21(ish). Most national team members receive a stipend but even that is not enough in some cases. National teams also do not play as many games as a league team would.

Good articles on the creation and background of the league are:

These women are about to make hockey history http://t.co/F8GVwATE6hpic.twitter.com/O2jVhG5QtB


Once a dream, the @NWHL_ starts on Sunday. Commissioner @DaniRylan on how she got it done: http://t.co/3MO5kHIaOVpic.twitter.com/GodsUSZx6W

TL;DR You need a hobby. The NWHL streams its games on youtube every Sunday.

A few days ago, Dinah Tomlinson Dolezal of No Harmony used the AllLivesMatter hashtag on Twitter. Follow up to THIS POST (check it out, iconic OP goes in on Ms. Dolezal!) Here's her reaction after being called out:

Yass stand your ground when you're being ignorant!! Who cares if you disrespected black lives that have been lost! pic.twitter.com/Cnp0hMpXPp


"If that's how they see it, well, too bad. I'm not gonna change cs someone is going to force me to change even if I get hate for it. Sometimes you have to stand your ground, you know? If they're angry, well, though... I'm not going to live my life allowing people to dictate what I tweet? Who cares? Lol, I know I don't"

DM's are sketchy bc anyone can edit them, but a Harmonizer that was in that group DM chat has confirmed this is indeed real. Tragic. Tales from the Borderlands - Finale: The Vault of the Traveller

Available to download starting October 20th on PC, Mac, PS4, and PS3. October 21st on XBOX ONE and XBOX 360, and October 22nd on iOS and Android devices. 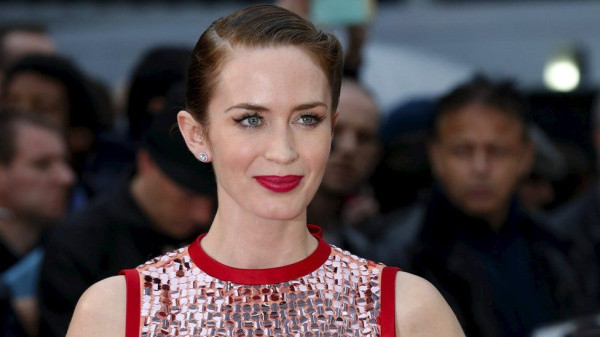 The "Sicaro" actress says her "opinion is more valued than it used to be."

"Sure I've experienced sexism," she told Radio Times. "But not that often any more."

"I sometimes feel that we can exacerbate the problem by talking about it more."

"I think you can keep talking about it and create more and more of a stamp of divide."

"I think we need to do more - and stop talking about it."

Should we stop talking about it?

Remember to pre-order Get Weird on iTunes and to stream Weird People and Lightning on Spotify! Mercury Prize has released their 2015 shortlist of 12 Albums of the Year:

Simple Plan released their video for the official first single off their upcoming untitled, release-date-less album expected sometime next year. The song is called "I Don't Wanna Go To Bed" and features Nelly.

Haters gonna hate. I like it more than I thought I would considering their other new songs have been lackluster. It doesn't sound like them but it works and the video has a lot of shirtless Pierre so that's a plus.


It was stated that the storyline came to a natural close and the fans were thanked for sticking with the show for so long.

#CONFIDENT is officially out now!!!!!! http://t.co/KwOryUceRipic.twitter.com/rRmVhVmJrY

Demi's album is out! Now you guys can listen to #KingdomCome :-) Hope you like it. @ddlovatohttp://t.co/dl2GbTVT1vpic.twitter.com/6ERSkrqttA


Demi hangs out with Nick at Industry bar in NYC, Demi did a surprise performance

Wildfire is so good.
ONTD what are you listening to?

To further confuse the world, here is the magic behind YouTuber's millions: http://t.co/7BR3XWzup5pic.twitter.com/ac3DsnjXD0


- Most of the people on the list are under 30 and appeal to the younger generation
- Most of their earnings are from ads: sponsorships, product integration, and the pre-video commercials
- All figures here are pre-tax - The video is available to watch for free on Tidal.

- The site asks permission to access your webcam at the beginning of the video for an interactive portion. You can opt out of it and still watch the video.

- The video urges you to not turn away as the victims' photos, names and the stories of their deaths at the hands of police officers appear on screen.

- "Don’t look away" flashes on the screen when the song is paused.

In #2020 I may run for president. Through ups and downs #YESWECAN lets do this kanyewest 🇺🇸… https://t.co/brIEsOYp7w


The first thing I would like to do as president of 🇺🇸 is take care of all of the children suffering… https://t.co/Xpf9V7LQvL


who is your dream celebrity presidential ticket, ontd?